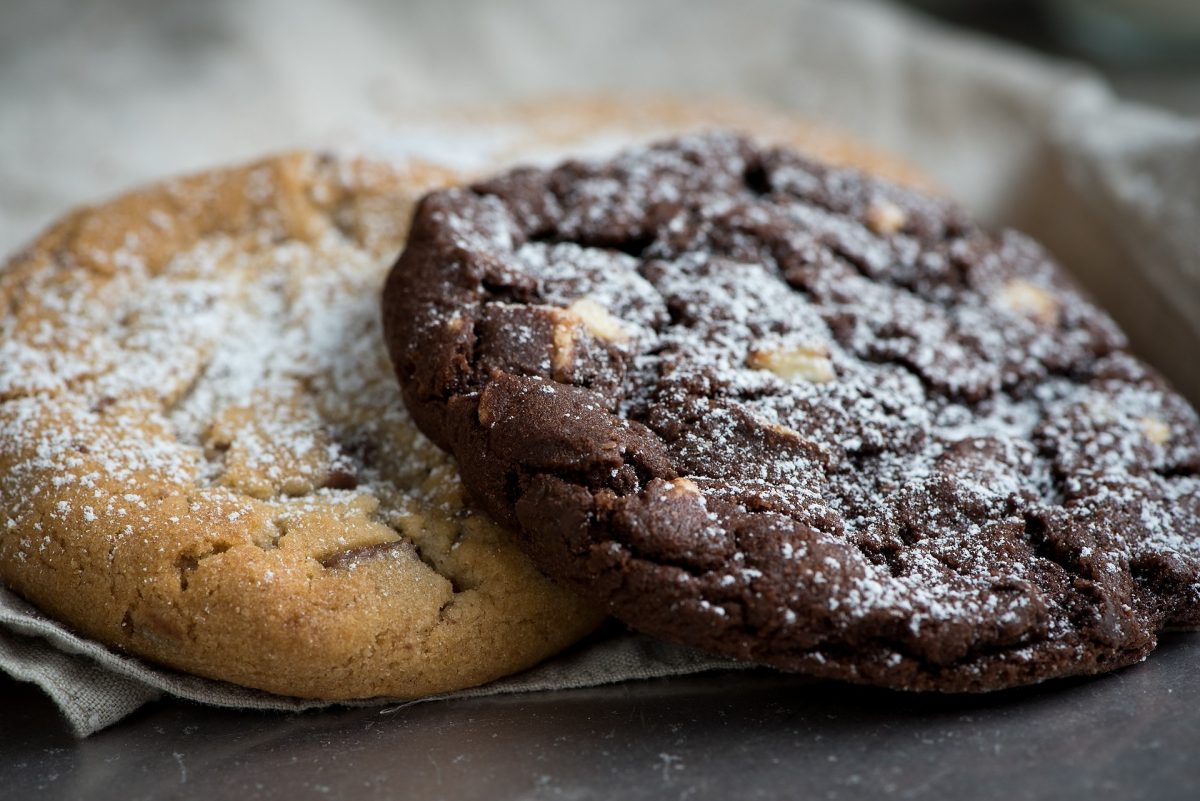 Eating cookies were all I could think about. Every week, my pregnancy cravings got worse and worse. Most of the time, they were random and sometimes they were the weirdest concoctions one could imagine but the one thing that was always on my mind, were cookies. Unfortunately, after becoming pregnant I had developed gestational diabetes, meaning my pancreas didn’t produce enough insulin to offset the glucose accumulating in my blood from my hormones. This means that no matter how much I crave cookies, that was the one thing I was not allowed to have.

My husband was very good at controlling my what I ate, quite literally actually. Since I was absolutely terrible in the kitchen, he had taken on the task of being the one who cooked for the family. He knew researched a lot about developing diabetes during pregnancy and made it his goal to keep me within healthy blood sugar levels. When I was diabetic-free, the one thing I could pride myself on when in the kitchen, was my ability to make the best cookies in the world. But once again, I was not allowed to eat those cookies. And I was devasted.

“Honey, I know how much you’ve been craving your oh, so beloved cookies. So I’ve been looking at some alternatives for you.” For the first time during my pregnancy, I was hopeful. I stared back him with longing but excited eyes. He noticed how I was looking at him and sighed into a smile, “alright you big baby, let’s go to the store and see which ones you want to try.”

Thankfully, our apartment was a few minutes away from a grocery, allowing us to enjoy a pleasant walk together on a beautiful sunny day. Once we arrived, the blast of the air conditioning felt like a blessing in disguise. No matter how nice it was outside, I was still pregnant, and exercise felt more like a chore than it did before. We browsed through the aisles and noticed that it was hard to find any sweeteners in the diabetics section of the pharmacy. We then thought that maybe it was in the baking aisle, but even then the selection was quite limited. From Paul’s previous research, he had already determined that the selection that was present would not be a good suit for us due to reviews stating that there was an obvious aftertaste and the sweetness level of those sweeteners greatly differed from regular table sugar. We talked to an employee, hoping for some light in the dire situation that we were in.

“So you want a monk fruit sweetener?” This was part of Paul’s request, he heard that by far they were the best tasting. The employee continued, “Well, we don’t stock any here unfortunately, but I heard that London Drugs has a larger selection. A friend of mine recently tried one from there called SugarLike, and they said it was really good. Why don’t you try that?”

We gave our thanks and returned to our apartment to grab the car, the nearest London Drugs was still a 15 minute drive away and I was not going to walk that distance in this weather. After picking up our own bag of SugarLike, I was finally free to make the cookies of which I had been craving for weeks on end. Before Paul even let me start though, he had to do some more quick research to find out if it was okay for pregnant women. Thankfully, it was. Baking the cookies came at such ease, I did nothing to change the recipe and the taste was the exact same taste I was yearning to have. This is it. This is happiness. 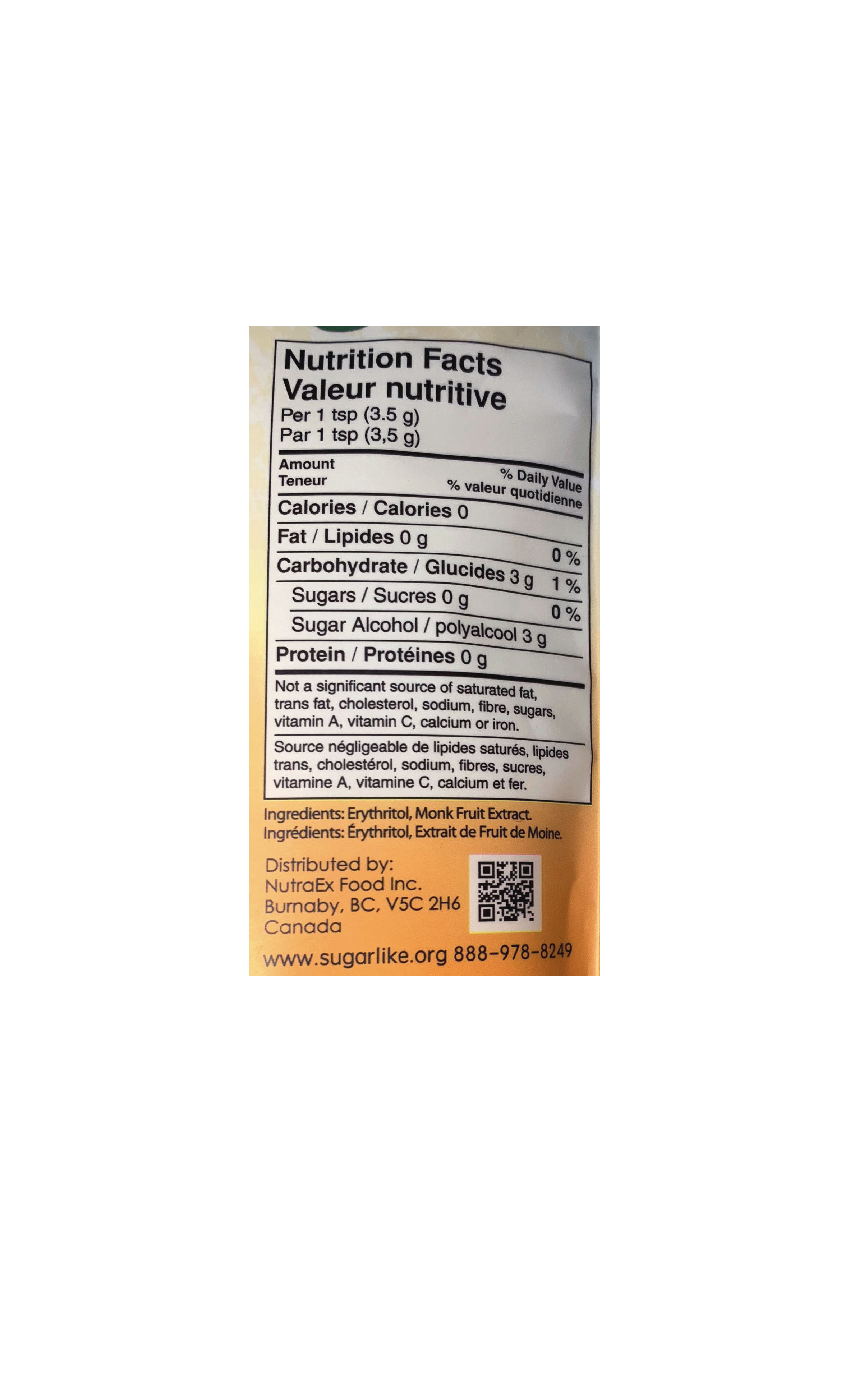 The old name was SugarLike Monk Fruit Sweetener. And that describes this product. It is made up of high potency monk fruit extract and a carrier crystal (erythritol). Our modulator was also an ingredient. Until now, we declared all these ingredients on the label. Regulations require that we list the ingredients in order by volume. So the carrier is first, because there’s more of that than anything else. 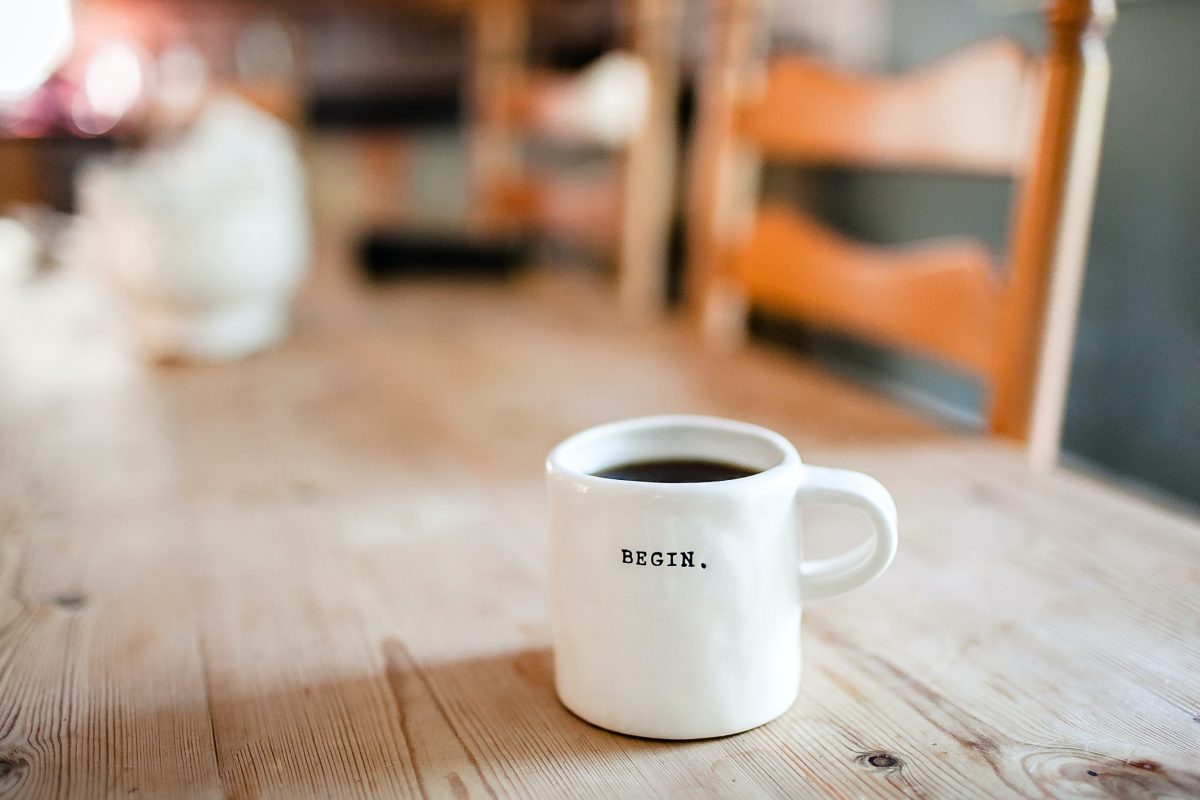 Today maybe wasn’t the best day at the gym. Tomorrow might be bad too. But, in the end, I know that what sets me apart from others isn’t the failure, but knowing that I failed and having the discipline to try again the next day. Stop, breathe, and keep going. And this day I have overcome my challenges that wanted to stop me today.

I am going to enjoy a little celebration. SygarLike in my coffee. 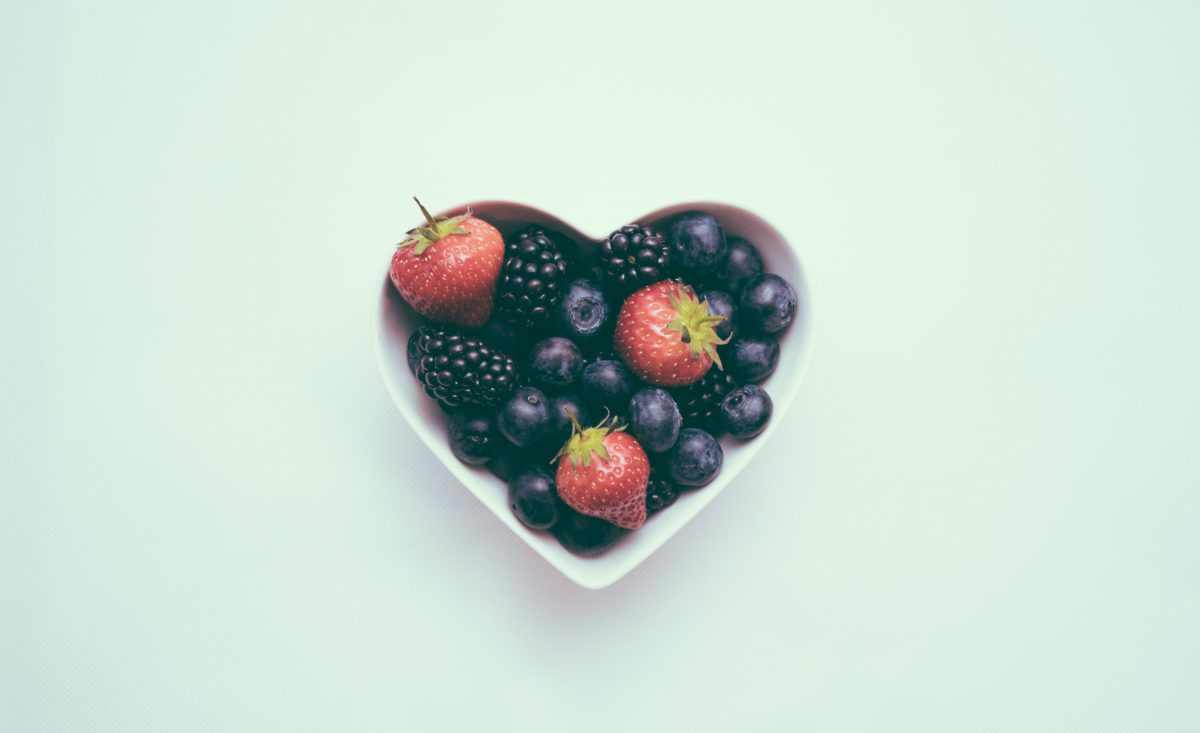 SugarLike Monk Fruit is available online and at natural food retailers across Canada.

Sucralose has enjoyed a good run. For many years, sucralose was a popular sweetener but times have changed. A few years ago, the patent on making sucralose ran out. After that, the market was flooded with sucralose from Asia. Prices tumbled.